MUSEUMS IN THE CARIBBEAN

The history of museums in the Caribbean goes back to the end of the 19th century when colonisers began to create museums in order to promote the colonies’ commercial and agricultural interests and stimulate investment. Over time changes occurred in regional museum structure as more Caribbean nationals assumed administrative and curatorial positions. However, it wasn’t until the 1960s, which marked the beginning of the region’s post-colonial era, that the culture of the majority began to be included and represented (Cummins, 1994).

To gain perspective on Jamaica’s museums, the story of British colonial education must be understood ­ the implementation of policy and practice with an agenda based on preconceived notions of the educational, cultural and social abilities of the colonised. Analyses of British colonial education policy have shown that missionaries were given relatively free rein in the colonies primarily due to Britain’s mercantilist notions and greater interest in economic exploitation than in the economic and social development of her colonies.

The British central colonial administration happily cooperated with private and/or religious voluntary organisations, delegating authority to them (White, 1996. pp. 12-13). There was no conflict of interest involved, however, as the missionaries’ emphasis on the white man’s burden to ‘civilise’ the colonized reflected the tone of imperial policy.

This intent to ‘civilise’ was certainly part of the rationale for introducing museums, as well as British sports such as cricket and football. Yet, the British system’s loose control over these developments is in part why indigenisation (also known as creolisation) the unstructured alteration of practice in response to interaction between different peoples and cultural forms ­ was able to occur.

THE INSTITUTE OF JAMAICA

Established in 1879 the Institute of Jamaica (IOJ) was the first organisation of its kind in the Caribbean region. Lewis notes (1967) that its collections came from the joining of the then defunct Royal Society of Arts and Agriculture founded in 1864 with the library of the Jamaica House of Assembly (established in 1872). The early IOJ was located in downtown Kingston in a building known as Date Tree Hall. The IOJ’s founder, Sir Anthony Musgrave, Jamaica’s British governor from 1877-1883, is said to have had a deep sense of the role which art and culture played in the field of education. It is believed that he intended the IOJ to stand as an incentive for the better understanding and appreciation of literature, science and art (DuQuesnay, 1966).

Lewis (1967) explains that the IOJ “was designed to help government in the advancement of culture on the island” and served various other functions such as holding adult education classes until the development of the University of the West Indies in the 1940s. (p. 5-6).

When first established, the IOJ indicated, according to Baxter (1970), that the island’s “cultural orientation had changed to one in which the centre, while still reflecting British cultural influence, was firmly based in Jamaica” (p. 78). Yet initially, the IOJ’s mission was not directed at the general population ­ it was geared to the better understanding and appreciation of literature, science and art for a select proportion of that population. It was not until the mid-1930s, the scene of much labour unrest in Jamaica, when a group of young Jamaicans who had mainly been educated outside of the country and exposed to the liberal tenets of socialism joined the IOJ’s board, that lobbying took place for the programmes and exhibitions to begin to reflect the faces, places and concerns of the masses of the Jamaican people. By the 1960s, art began to reflect the people and country in which it was being displayed, and public programmes began to be opened up to a larger audience (Archer-Straw, 2000, p. 19). Later, during the 1970s the IOJ’s board was reorganised and the Institute’s responsibilities for promoting the development of literature, science, the arts and culture in general and the preservation of national monuments, re-emphasised. Specifically in 1978, the Institute of Jamaica Act of 1879 was repealed and it became administered by a council comprising not less than 10 and no more than 25 persons appointed by the Minister of Education, Youth and Culture. Today the IOJ is located on East Street and oversees the following six divisions: The Natural History Division (formerly the Science Museum, established 1891); National Gallery of Jamaica (established as a portrait gallery in 1892); African Caribbean Institute of Jamaica/Jamaica Memory Bank (established in 1972); Museums Division; and two Junior Centres on East Street and Portmore, established in 1941 and 1996, respectively. The Museums Division is responsible for the IOJ’s Exhibition gallery on East Street, the People’s Museum of Craft and Technology in Spanish Town (formerly the Folk Museum at Spanish Town, established in 1961 and upgraded in 1979 and again in 1997), which now showcases post-Emancipation life in Jamaica, the indigenous Jamaican collection contained at the Taino Museum at White Marl, St. Catherine (established in 1965), The military collection found at the Forces Museum at Up Park Camp, St. Andrew (established 1971), the maritime history presented at the Port Royal Museum (established 1977), and the socio-economic history of the ‘Second City’ at the Museum of Montego Bay in Sam Sharpe Square, Montego Bay, St. James, (established 2001).

Some 125 years after the founding of the IOJ, Jamaica’s museum landscape has evolved to include a wide range of offerings that present various components of Jamaica’s rich cultural heritage.

The island boasts some 20 registered museums, and even more unregistered smaller community focused museums. Of those that are registered, a little less than half are government-funded and located in the Kingston Metropolitan Area.

In addition to those affiliated with the IOJ, some of which offer term time and summer programmes for kids, are the National Heritage Trust, responsible for historic house museums, as well as privately funded institutions such as the ICWI Science Learning Centre (now housed at Mico Teachers’ College), the Mico INAFCA Museum, the Bank of Jamaica Money Museum, Bob Marley Museum, the rural child-focused Hanover Historical Museum, and Chris Blackwell’s Ocho Rios-based ReggaeXplosion. Some of theses private institutions also offer special tours and programmes for school groups, the largest museum-going audience on the island despite its small size relative to the general school age population.

The island’s museums tend to experience low overall attendance rates by both Jamaican nationals and foreigners, as well as low levels of financial support from the public and private sectors. Yet museum entrance fees are less than movie tickets and unlike movie theatres, museums are found in different communities around the island. In light of this situation, it is important to remember the following words:

In the education of a nation, however, as with that of an individual, the greater part of learning occurs outside the school or formal setting. We learn what we live. While the classroom offers a special kind of learning, our communities and the rich resources of museums have an important role to play. To educate for life ­ not merely for living ­ is the real mandate … (Sebolt-George, 1999, p. 38).

Museums can help us in that quest for lifelong learning ­ visit one, take your children, too ­ and see for yourself.

Known today solely as The Gleaner, the Chairman and managing director is the Hon. Oliver Clarke, who assumed both posts in 1976. Operations are fully computerised, and it remains the island’s foremost newspaper group, employing close to 500 people in Jamaica, with offices in Kingston, Montego Bay, America, Canada and the United Kingdom. The Gleaner Company also continues its long tradition of public service, running an annual Newspaper in Education programme and CXC Exam Techniques Seminar as well as Spelling Bee and Honours Awards competitions. In addition, the company partners with other media houses to support Crime Stop, the Allman Town Redevelopment, PALS (Peace and Love in Schools), the United Way of Jamaica and the Century Club, UWI.

I like writing about the environment entertainment cooking history and much more. View all posts by Sunbelz

This site uses Akismet to reduce spam. Learn how your comment data is processed. 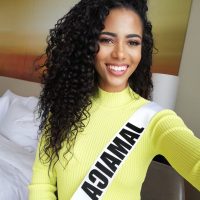 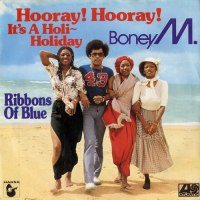 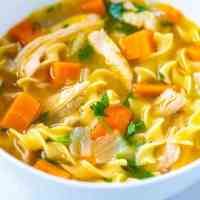 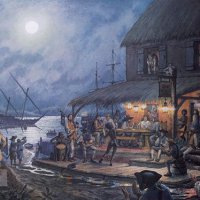 Jezebel Home Your source for world entertainment and news, celebrity Gossip Get your fix. sunbelz.com